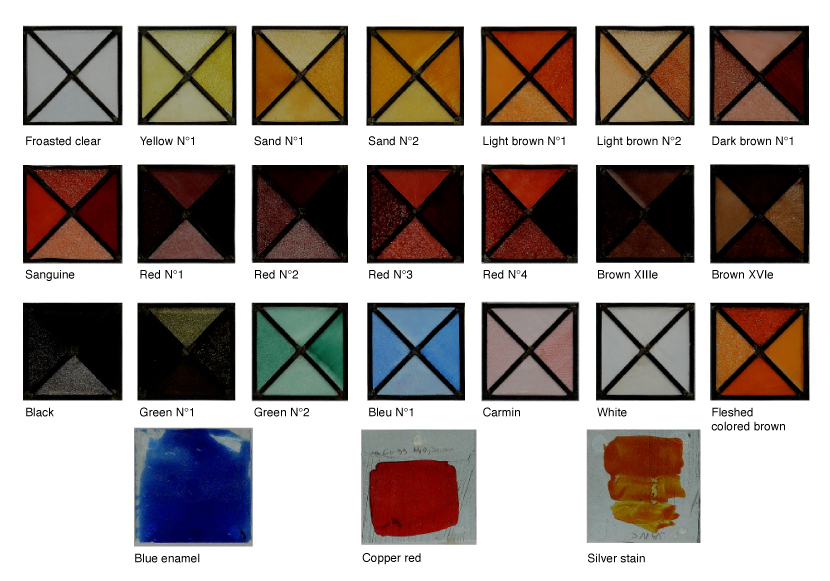 Made in collaboration with the Research Laboratory of the Historic Monument Department of French Government.

The grisaille have the same basic composition as in the Middle Ages. Grisaille is a paint made from mineral pigments in a vitreous mass (melting agent)

grisailles can be mixed together Correct application of theses paints will garantee your works of art last as long as the world famous stained glass windows.

According to its use, you can get opaque effects or a transparent effect.  Grisailles are tinted in transparence; the transmitted light is not colored.

Distilled water and gum arabic or any other medium used in artist studios.
Vinegar is not advised : if you do use it, you should make test samples first.

Minimum 620°C to 750°C or more, depending on the color.
For best results, leave it an hour at firing temperature.

After firing, it has a matt or satin appearance, or gloss if fired at high temperature.
The grisaille color remains the same before and after firing

Stains are obtained with is a chemical reaction in the glass, during firing. Glass becomes colored on surface but remains transparent. The transmitted light is coloured.

Distilled water; the red ocher is removed after firing.

Since 580°C and hotter, depending on the result desired.

From light yellow to amber, depending on the products used and the glass it is used on.

Distilled water ; the red ochre is removed after firing. Float glass is the most suitable for this product (stained side).

Since 580°C or hotter, depending on the desired result.

Light to deep red depending on the glass and the firing level. 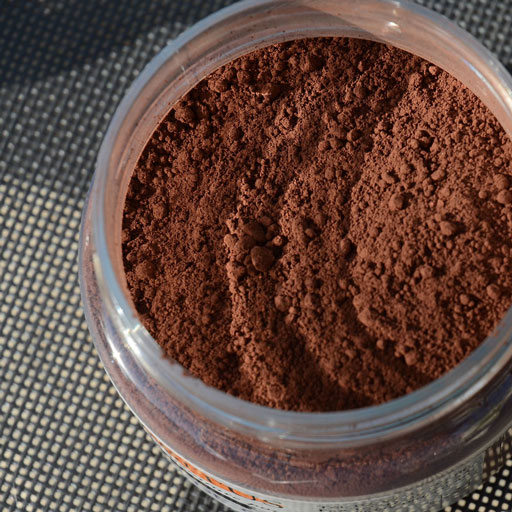 Distilled water; any excess can be removed after firing.

Limpid colour from brown-yellow to red.
Note: the transmitted light through this paint is coloured. This paint can't be fired on the bath side of float glass

Distilled water with medium if necessary. 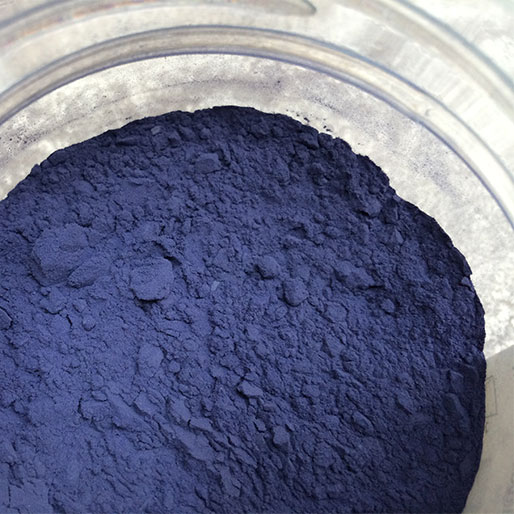